In addition to watches for pilots, astronauts, doctors, race drivers, divers and cave explorers, Sinn has introduced a watch for firemen with their EZM4 watch.

EZM stands for Einsatz Zeit Messer that could be translated into ‘dedicated tool watch’. Over the years, Sinn produced a number of these watches and the EZM4 was especially created for people who work at fire stations. The EZM1, 2 and 3 were designed for equally challenging occupations such as special task forces (EZM1), divers (EZM2), and people who are exposed to extreme climate conditions (EZM3) like adventurers or explorers.

Production of the EZM4 was discontinued a while ago, but the men who fight fires can put its successor on their wish list again – the Sinn EZM7 is here (the EZM5 and EZM6 are better known as U2 and U1000) to stay.

With its 43mm diameter the Sinn EZM7 is a watch that will be easier to operate than its 40mm predecessor.  Most important to firemen are the different scales on the dial of this watch. There is a pulsometer and several defined scales for people working in a rescue team. These pre-defined scales are CSA, Pa and LPa. For example, the CSA-scale will let you know how long you have to breath with compressed air in a (burning) environment with chemicals. The scales will tell you what your body can handle in extreme situations such as in cases of fire or toxic air. To protect yourself and your team, you can measure how long you can safely hold out in a building on fire.

The Sinn EZM7 is like all other Sinn watches, a professional instrument. Although the movements used in these watches are nothing special, they are solid and have proven themselves over time. The strong focus of these watches is on durability, usability and functionality. The Tegiment™ treated case will protect the watch from becoming heavily scratched or damaged by sharp or hard objects. The anti-magnetic case will guard the movement against strong magnetic fields close to the watch, and the Ar-Dehumidifying Technology prevents the movement from aging of oils due to moisture in the air contained inside, or diffusing into the watch. Also, the watch will be operational in temperatures from -45 to +80 degrees Celsius. Water-resistant? Of course, till 200 meters! 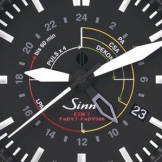 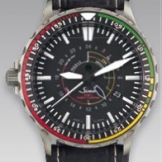 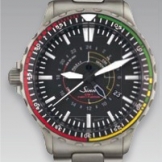 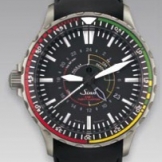 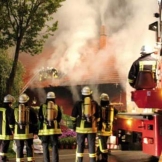