How do you follow up a successful performance coupe? Release a convertible variant!

In July, Aston Martin unveiled their new N420 coupe; a special edition V8 Vantage that offered improved performance and exclusive looks that was inspired by the marque’s racing successes at the legendary Nürburgring Nordschleife. While it was announced that the N420 would be offered as both a coupe and convertible, Aston Martin has just released new images ahead of the Paris Motor Show debut to stir up some excitement.

Just like the coupe counterpart, the new N420 Roadster will feature the same 4.7-liter V-8 engine that emits an unmistakable roar from the new sports exhaust system. Like the name indicates, it will also boast 420 horsepower and 346-lb ft. of torque. The Sport Pack also comes standard, and includes new springs, dampers, and anti-roll bars for a more race-oriented ride. Weight is also trimmed down by 59 pounds through the use of carbon fiber to improve handling dynamics.

The N420 Roadster receives the same exclusive bodywork and interior enhancements as the coupe. Wider fenders, carbon fiber front splitter, rear diffuser, and side strakes create a powerful appearance and improve aerodynamics at high speeds. Completing the muscular look is a set of 10-spoke diamond-turned, gloss black wheels. Inside, passengers are greeted by lightweight carbon fiber seats, graphite instruments, and special sill plates that are all part of the Iridium package.

The new Aston Martin will be officially unveiled at the 2010 Paris Motor Show. Pricing is expected to begin around $150,000, just a bit more than the coupe version. The N420 Roadster will also be available in Aston Martin’s “Race Collection” paint schemes for a true motorsports look. 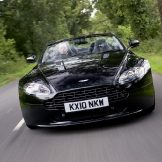 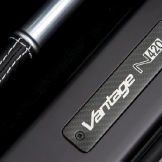 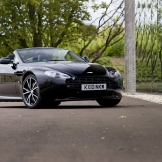 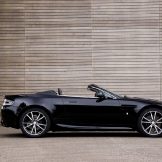 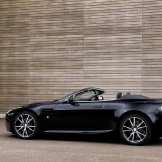 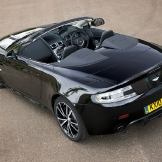 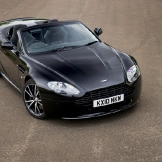 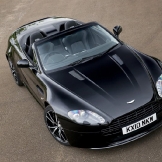 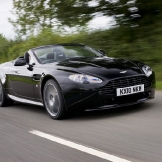 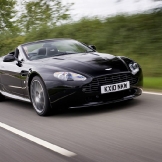 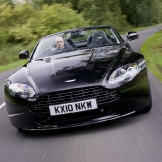 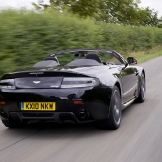 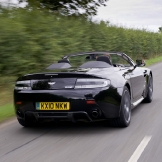 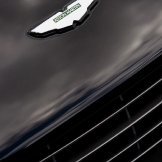 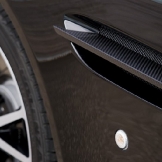 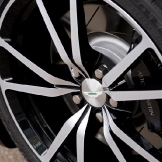 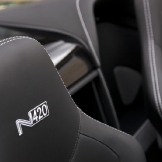 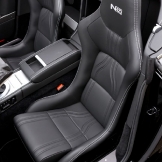 Would you rather have the N420 Coupe or N420 Roadster? Leave a comment and let us know!