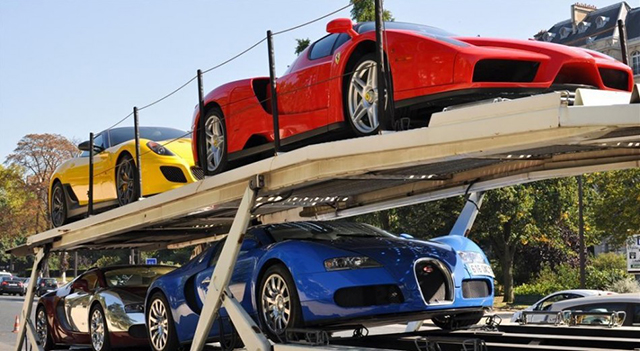 It doesn’t pay to spend your county’s money on personal luxuries.

The oil-rich African country of Equatorial Guinea is one of the smallest on the continent and not a very developed nation. It also has the distinction of being one of the “nine countries judged to have the worst human rights conditions” in a 2010 report from Freedom House. It doesn’t really get much better from there, as Teodoro Obiang Nguema Mbasogo, the country’s Dictator, has been surrounded by reported controversy, abuses and unlawful killings.

One of the controversies and investigations surrounding Obiang involves the wealth of him and his son, who have reportedly used stolen public funds to purchase large amounts of luxury items.

A two-week investigation in 2011 by French police included a list of every luxury item in Teodoro Obiang’s son, Teodorin Obiang’s €80 million, 101-room mansion just outside of the Champs Elysees. At the conclusion of the investigation many of the luxury items that included Degas and Renoir paintings, antique furniture, and his car collection were seized.

The list of cars included a pair of Bugatti Veyrons, two Bentleys, a Rolls Royce, Porsche, Ferrari, Maserati, and Maybach, many of which had little mileage on the odometer.

All of the cars once owned by Teodoro Obiang’s son, Teodorin, were recently sold off by French auction house, Drouot, in Paris. The collection fetched a total of €3.1 million (£2.7 million), with each car averaging a price of €311,000.

In 2009, a total of 26 cars, including the aforementioned models, were imported from the United States to France by Teodorin Obiang for a total of $12million (£7.4million). Many of these cars were then taken to Equatorial Guinea where only a few roads are paved. After monitoring the accounts held by the family, authorities seized much of the property after discovering that they had been purchased using state funds.

Obiang has since applied to have the judgment overruled and the property returned, but that plan has somewhat backfired as police have stepped up their efforts with the investigation and are looking to seize other assets from other African despots with property in Paris.

Stealing from the public and putting yourself ahead of your underdeveloped and poor country doesn’t pay.

Did the Dictator and his son get what was coming to them?