During the last few years, it has become clear to me that once you begin to get more educated in horology and especially haute horlogerie, the way to exclusivity and uniqueness is paved by two words: independent watchmaking.

Independent watchmaking does not necessarily mean that a watch is ‘better’ than a watch made by one of the large manufacturers; it merely says that – since these are mostly small companies – there aren’t many concessions being made during the process of creating and manufacturing a timepiece. Where the bigger companies have separate departments (e.g. design, marketing, production) that need to discuss each change or proposal, smaller independent watchmaking establishments are able to create a timepiece in accordance with the original design and certain marketing concepts.

Several books have appeared in the last two years on the subject of independent watchmaking – 12 Faces of Time by Elizabeth Doerr for example – and independent watchmakers seem to do very well at watch exhibitions (BaselWorld, Geneva Time Exhibition and Belles Montres to name a few).

There are two categories of independent watchmakers. The first one is of independent labels with high quality timepieces, using proven technology when it comes to movements or only making small technical adjustments themselves.

Depending on the level of craftsmanship (e.g. complicated movements), materials used and production numbers, you can buy a watch from an independent watchmaker’s label (e.g. Bremont, Linde Werdelin) for the same price as a watch from one of the big watch conglomerates. You could discuss whether this watch can beat the quality of a similarly priced watch of a large watch company, since they have the procurement advances when it comes to watch parts. However, at least you don’t have to pay for expensive advertising, ambassadors, sponsorships and other marketing stuff.

Then there is another category of independent watchmakers. Those who create most of the parts by themselves, like Gruebel Forsey, Grönefeld, Max Büsser and Friends, Vianney Halter, Kari Voutilainen, Urwerk and so on. Prices of these watches seem to be exceptionally high for people who haven’t much going on for high-end wristwatches. However, once you have been bitten by the independent watchmaker bug and dive into all the hard work and labor that goes into creating an exceptional timepiece like a MB&F HM4 for example, you will understand.

It is very refreshing to notice that most of the time, independent watchmakers of both categories really involve the customer in their process of designing and (hand) crafting timepieces.

Next time you are in the quest of spending money on a watch, take a look at one of the independent watchmaker’s labels. I am sure it is a blessing. 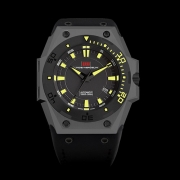 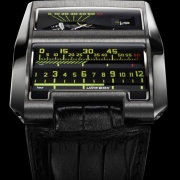 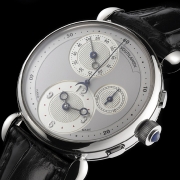