A legendary icon is reborn.

It all started in 1976 with the S1 Esprit, a two-door coupe that replaced the Europa and showcased Lotus’s philosophy of performance through light weight. After 28 years and a production run of more than 10,000 units, Lotus ended production of the Esprit in 2004. But, after much anticipation the “ultimate Lotus” has been revived at the 2010 Paris Motor Show and is slated to enter production at the end of 2012.

In order to expand the Lotus lineup and bring the automaker back to producing superior supercars, the company believes the new Esprit is a step towards the future. “One has to be very careful when taking on the challenge of reinventing such an iconic classic as the Esprit,” said CEO of Group Lotus, Dany Bahar. “There’s a fine balance between acknowledging the greatness of the past whilst at the same time rapidly leaping forward to the future and ensuring that this car not only does the name Esprit justice but also the Lotus brand.”

The overall design of the new 2013 Lotus Esprit remains sleek and low, becoming a modern evolution of the historic model. The goal was to create a car that was aggressive and powerful, but also emphasized class and exclusivity. Thin headlights and sharp lines shape the bold fascia, while smooth and graceful lines along the sides create a more graceful appearance and help to redirect airflow. The rear is dominated by thin taillights and a large carbon fiber diffuser that helps keep the Lotus Esprit planted to the road.

The same mid-engine, rear-wheel drive layout that the 2013 Lotus Esprit has been known for is again featured in the newest concept. The new Esprit will use a high-revving supercharged 5.0-liter V-8, similar to the one found in the Lexus IS F that will produce 612 horsepower and 531 lb-ft. of torque. Lotus will also be offering a hybrid model and feature a KERS system – just like in Formula 1 – that will allow for short bursts of additional power. The optional hybrid technology will further reduce CO2 emissions down to just 250 g/km, as Lotus aims towards a greener lineup. Power will be sent through a seven-speed dual-clutch transmission, and coupled with the 3,190-lb. weight, help to propel the 2013 Lotus Esprit to 62 mph in just 3.4 seconds and to a top speed of 205 mph.

Inside, Lotus aims to retain a minimalistic design while still incorporating comfort and class. The overall design is very driver-oriented with all the controls ergonomically positioned towards the driver. A modern gauge cluster displays the tachometer and speed at the center, while important information and navigation is shown alongside. 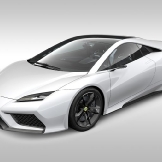 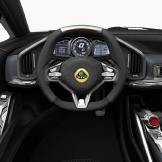 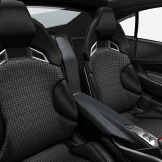 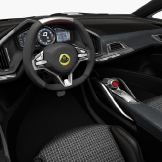 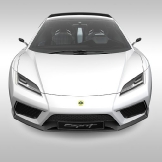 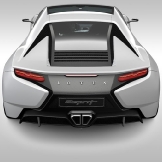 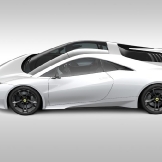 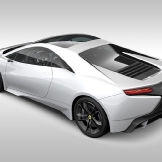 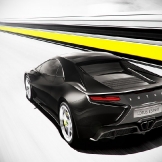 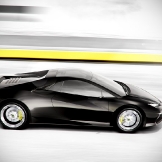 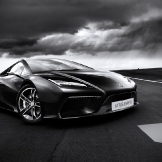 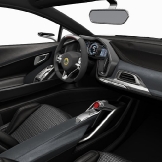 How do you think the new Esprit will compete with other supercars when it is released in 2013? Leave a comment and let us know!