It seems that watch brands cannot live without an ambassador these days. Renowned watch brands have famous personalities to promote them: George Clooney for Omega, Leonardo DiCaprio for TAG Heuer, Rubens Barrichello for Audemars Piguet and Roger Federer for Rolex, are a few from a long list of celebrities that are being sponsored by watch companies.

Smaller watch companies seem to have less known watch ambassadors. What to think of the cooperation between watch brand Bremont and Bear Grylls, who is perhaps not so known to the public, but nevertheless a great adventurer and a best selling author? Perhaps one exception to the rule of small brands sponsoring less known ambassadors is Kobold and their collaboration with James Gandolfini (‘Tony Soprano’ in TV hit series The Sopranos).

The question we asked ourselves is, does it work? According to the authorized resellers of various brands we asked, it seems that it does. People come into the store of the authorized Omega dealer and ask for the ‘James Bond’ Seamaster, or ask the IWC representative about the IWC that Zinedine Zidane wears.

MotoringExposure thinks there are two groups of people interested in watch ambassadors and similarly, there is an important distinction between the types of ambassadors: some are officially crowned ambassador and then there are those who are famous and just wear a particular style of a certain brand.

Rookie collectors or people who see themselves as ‘just’ a consumer of a nice time piece, are more vulnerable to the official brand ambassadors such as George Clooney, James Bond, Brad Pitt (TAG Heuer) or Kate Winslet (Longines). They noticed a watch advertisement in a magazine they’ve read and ask about it at a jeweler.

The second group of people interested in watch ambassadors are those who collect watches or see themselves as watch connoisseurs. This group is – most of the time – not very interested in official ambassadors, but in famous people who bought their watch at their own expense and are seen with it in public.

Jennifer Aniston wearing a custom DLC’ed Rolex watch, Bruce Springsteen wearing a Glashütte Original Navigator Panoramadatum, John Mayer and his Patek Philippe ref.2499 (but we see him wearing Rolex most of the time) are a few recently spotted celebs sporting their watch of choice. Entire websites, weblogs and forum threads are dedicated to the hobby of spotting watches on the wrists of famous (and not so famous) people.

The fact the entire cult around the Rolex Daytona started out with Paul Newman wearing one in a movie; or the marketing of the Omega Speedmaster Pro is still based on ‘our’ visit to the moon; or that watch collectors go nuts over the Richard Mille on Rafael Nadal’s wrist during a tennis match; or that people ask about James Bond’s watches – be it the Rolex Submariner he wore in Dr.No or the Omega Seamaster in the last few EON productions – tells us that ambassadors work. Official or unofficial. 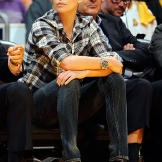 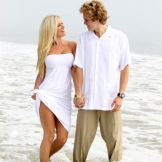 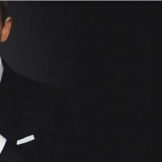 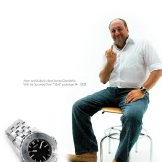 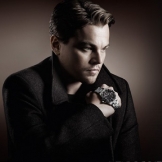 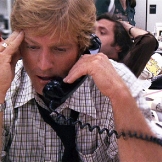