At the DTM race held in Shanghai, Audi unveiled their new GT4-spec TT Concept. The new racer was driven by five-time Le Mans winner Frank Biela around Shanghai’s street circuit to demonstrate the TT’s capabilities. The concept was built to preview Audi’s intention of giving customers an affordable racing option starting in 2012, and to mark the launch of the Audi TT in the Chinese market.

Based on the powerful TT-RS, the TT GT4 Concept boasts a number of race-spec upgrades over the stock model. The body itself is strengthened and uses the front and rear bumper, and rear wing from the production model. To lower weight, Audi has replaced the hood, doors, and trunk lid with CFRP (carbon fiber reinforced plastic) components, while the windows are made of plastic instead of glass.

Powering the TT GT4 Concept is a TFSI (Turbo fuel stratified injection) engine that produces 340 horsepower. While Audi hasn’t released engine specs, it’s safe to say that it will be the 2.5-liter turbocharged five-cylinder that is under the hood. Power is transmitted through an S-tronic transmission with differential lock to a set of 9.5 x 18 light allow wheels. The entire interior has been stripped of everything and replaced with two Recaro racing seats and a full roll cage.

The Audi TT GT4 Concept was developed by Quattro GmbH and the Technical Development and Production divisions at Audi. Pricing for the racecar is planned to start at € 120,000 (+/- 158,000 USD). 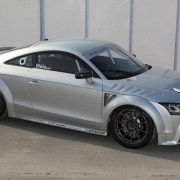 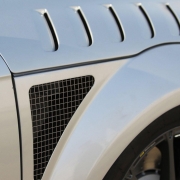 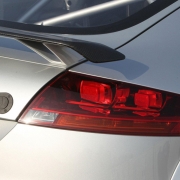 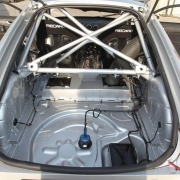 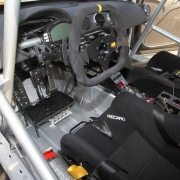 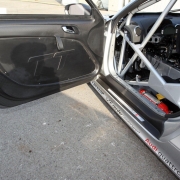 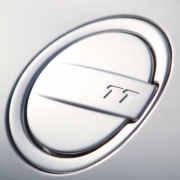 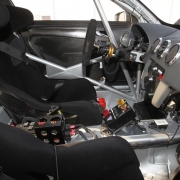 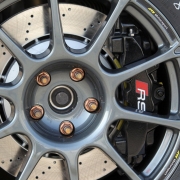 What do you think of Audi’s plans to grow their customer motorsport programs in 2012? Leave a comment and let us know!