Based on the BMW X6 M, the limited edition G-Power X6 Typhoon RS Ultimate V10 builds upon the already potent 600-hp X6 M Typhoon previously developed by G-Power. With a goal of producing the world’s fastest SUV, G-Power set out to create an SUV that utilized Formula 1 technology and paid homage to the mighty M-powered V-10.

In order to achieve the lofty speeds needed to break the world record G-Power had to install a power plant that would be capable of producing insane amounts of horsepower and create a “race-like” feeling for the driver. That engine was the Formula 1-inspired BMW M S85 5.0-liter V10 engine, making 507 hp stock. To unleash the hidden potential of the V10, engineers installed a revised Bi-compressor system using twin ASA T1-316 superchargers, taken from the G-Power BMW M5 Hurricane RR. The displacement of the V10 was also increased to 5.5 liters and furnished with high-strength MAHLE forged pistons, connecting rods, piston pins, and a custom forged seven-bearing crankshaft. Topping off the list of modifications is a remapped ECU that brings power up to an astonishing 900 hp at 8,000 RPM and 642 lb-ft of torque at 6,800 RPM for a true “race-like” white-knuckle experience.

Putting power to the pavement required a tenacious transmission built to withstand the massive muscle. A new six-speed automatic transmission built by G-Power has been installed, in place of the weaker stock unit. Replacing the all-wheel drive unit from the X6 M is a rear-wheel drive system that brings out the racing spirit of the Ultimate V-10. Even without the all-wheel drive system the Ultimate V-10 still achieves a quick 4.2-second 0-62 mph sprint, while 124 is reached in under 13 seconds. Top speed is estimated to be over 205 mph – 5 mph faster than the record-holding Brabus GLK V-12.

In order to remain stable at speeds of over 200 mph, G-Power had to install bodywork that would improve the aerodynamics of the Ultimate V-10. At the front is a muscular and aggressive bumper with gaping air intakes and a large spoiler. The rear boasts two new spoilers as well as a new bumper and diffuser to channel air for better stability. New side skirts reduce drag, while widened fenders house 23-inch G-Power Silverstone RS three-piece 11J x 23 front and 12J x 23 rear forged wheels. For superb high-speed traction, the forged wheels are shod in 315/25 ZR23 Michelin tires. Four 410 mm carbon ceramic brake discs with 6-piston calipers bring the Ultimate V-10 to a halt, and weigh 50% less than the stock units.

Inside the G-Power X6 Typhoon RS Ultimate V10, engineers focused on creating a race-bred, yet comfortable environment. Contributing to the “race-like” experience are four lightweight carbon seats finished in leather that helps achieve a 330-pound weight loss. Leather covers the seats, instrument panel, pillars, and door panels, and is complimented by a two-tone stitching. A new carbon center console compliments the carbon and leather door linings, while the high-end entertainment system is enclosed in the lightweight material. 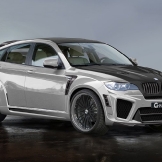 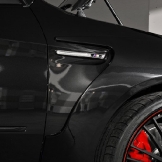 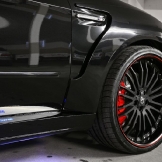 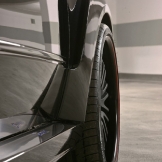 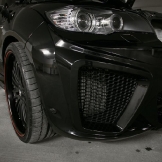 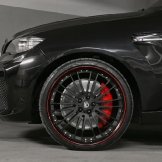 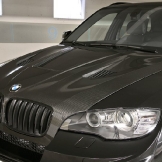 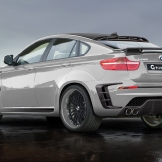 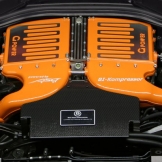 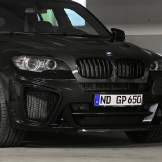 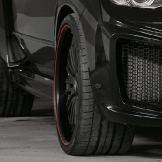 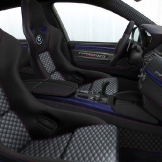 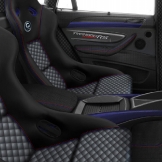 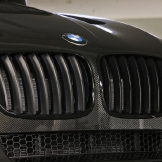 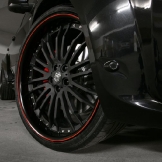 Will the Ultimate V-10 break the world record for “Fastest SUV” or will it fall short of the Brabus GLK V12? Leave a comment and let us know!