The legacy of the Super Sport models began with Bugatti using racing chassis and supercharged engines in successful production models. The most famous of the Super Sports were the Type 55 and Type 57S, true race-bred automobiles for Bugatti enthusiasts. While only around 40 examples were built, both models helped to further establish Bugatti as a marque built on beauty and performance.

The latest Bugatti to proudly wear the Super Sports name is the Veyron. Known for it’s 1,001 hp, quad-turbocharged W-16, and its 253.3 mph top speed, the original Bugatti Veyron was a masterful piece of automotive engineering and grace. As with successful Bugatti’s of the past, customers pushed the company to create a Veyron that was even more powerful, dynamic, and exclusive than ever conceived – the Bugatti Veyron Super Sport.

Building upon what was once thought of as the ultimate supercar required masterful engineering and testing that allowed engineers to explore the Veyron’s potential. Modifications made to the Veyron focused on squeezing additional power from the W-16 engine and creating a more dynamic chassis, while maintaining safety. Four larger turbochargers with enormous intercoolers were installed to help put down a mind-blowing 1,200 hp and 1,106 lb-ft of torque to all four wheels.

Even with the staggering 1,200 hp, the Veyron had to be further modified to become more agile with both the chassis and body. For stability and safety at high speeds the Bugatti Veyron Super Sport receives a redesigned chassis with slightly raised main-spring travel, stronger stabilizers, and shock absorbers that benefit from racing architecture. Further enhancing the car’s agility and safety is a new carbon fiber monocoque to reduce weight. The chassis and body enhancements allow the Veyron 16.4 Super Sport to reach an extraordinary 1.4 G on the skidpad, and achieve supreme handling.

The Bugatti Veyron Super Sport also features an exclusive and purpose-designed exterior that is longer and sleeker than the 16.4 Veyron. New NACA ducts on the roof feed air to the antaean W-16 engine in place of the scoops above the engine. At the front are enlarged air intakes, while the rear benefits from a double diffuser and dual center exhaust. As an option, the exterior can be ordered in a clear-lacquered exposed carbon.

So, with Pierre Henri Rapanel behind the wheel of the new orange black Bugatti Veyron 16.4 Super Sport at the proving grounds of the Volkswagen Group at Ehra-Lessien, a new land speed record for production cars is about to be broken. Making a run from South to North, then in the opposite direction, Pierre achieves top speeds of 427.993 km/h (265.94 mph) and 434.211 km/h (269.81 mph). Representatives from both Guinness and the “TUV” assign an average of 431.072 km/h (267.86 mph), and a new world record is born.

The first five Bugatti Veyron Super Sport models produced will be known as the World Record Editions, and be finished in a special black exposed carbon and orange exterior. All five models will be built to the same specification as the record-breaking car, and have already been sold. Subsequent models will be limited to a top speed of 415 km/h (257.87 mph) for tire safety, although the rest of the car remains the same as the record-breaking Veyron. The new Super Sport will debut at the 2010 Pebble Beach Concours, and be shown at The Quail, Monterey Historic Races at Laguna Seca, and at the Pebble Beach Concours d’Elegance on the concept lawn. 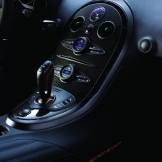 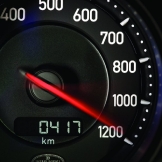 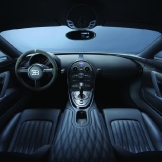 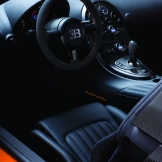 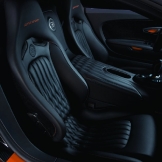 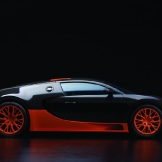 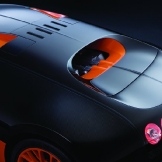 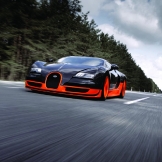 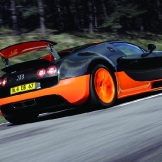 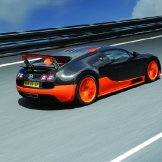 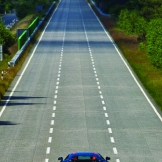 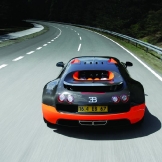 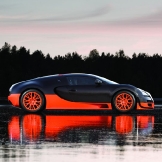 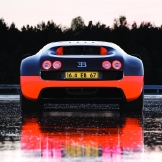 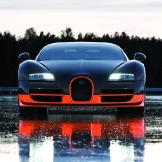 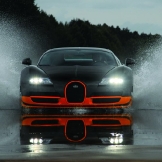 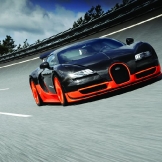 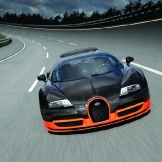 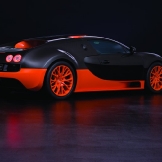 Do you think you can handle 268 mph? Leave a comment and let us know!