It’s all about flash and dazzle with the new G-Class by A.R.T. Tuning.

A.R.T. Tuning has created a number of unique models based on the Mercedes-Benz G-Class, and while the quality is on par with the best in the industry, their appearance has always been flamboyant and controversial. The latest program is no different; in fact it may actually trump all previous editions as it wears a “special” two-tone paint scheme, even wider bodywork, and a blinding xenon headlight system.

The whole goal of the tuning program is obviously to make the G-Class SUV, a symbol of power, more extravagant than anything else on the road, whether you like it or not. A.R.T. Tuning is one of the best when it comes to creating something that you’ll never forget, and it is apparent in the G Streetline Edition Sterling. Like the past G-Classes A.R.T. has developed the new Sterling wears bulging fenders, but these are even wider than ever before. Both of the front and rear fender flares are connected with new running boards that house LED lighting to illuminate the ground at night. Both the front and rear bumpers have also been redesigned and accentuate the boxy styling of the G-Class. Up front, a modified hood sports four sets of four air inlets to help cool the engine. The entire SUV is dressed in a two-tone paint scheme of Mango blue-black and Designo Atlant-gray.

If the looks of the G Streetline Edition Sterling haven’t burned your corneas, the new lighting system surely will. A.R.T. Mercedes uses a powerful bi-xenon lighting system to light the road ahead, to the side, and at the rear. The main headlights are bi-xenon units, but A.R.T. has taken it a step further and added a triple-beam deadlight system into the redesigned front bumper with two halogen fog lamps and a xenon upper-beam headlight. The standard directional indicators have been replaced with an LED system that also doubles as the daytime running lights. New fog lights and integrated LED brake lights are integrated into the rear bumper and roof spoiler. All five doors are also illuminated by lights on the entry ledges.

The overall appearance package is finished with a set of new wheels and suspension. A.R.T. has fitted new 22-inch light alloy monoART1 wheels finished in Designo Atlant-gray. For better handling new 315/30 R22 tires have been fitted and the suspension has been lowered.

The interior of the G Streetline Edition Sterling is equally as colorful as the exterior and uses a two-tone color scheme of British Racing Green and Designo Anthracite Gray. All four seats are covered in rich nappa leather with quilted stitching along with the side section of the trunk. Carbon fiber is used in the dashboard, center console, and doors to contrast the two-tone interior and add some sportiness to the SUV. Facing the driver is an ergonomically designed sports steering wheel with airbag is also finished in the two-tone scheme. A.R.T. has removed the center seat in the rear, leaving two single-seats. Between them is a center console with storage compartments, LED floor lighting, and a DVD player with screens integrated into the front headrests.

The basis for the G Streetline Edition Sterling is the G400 CDI, which is powered by a 4.0-liter diesel V-8 engine. A.R.T. has developed a Diesel Powerkit for the engine, increasing the stock power output from 251 horsepower and 411 lb-ft. to 292 horsepower and 460 lb-ft. of torque. Included in the Diesel Powerkit is the signature A.R.T. sport exhaust with six stainless steel tailpipes bearing the company logo.

Pricing has not been released for the G Streetline Edition Sterling, but you can expect it to be expensive. Customers can also purchase separate components for any of the G-Class models from Mercedes-Benz. 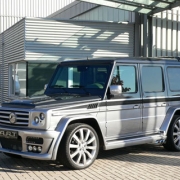 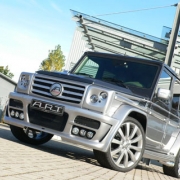 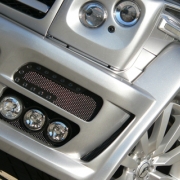 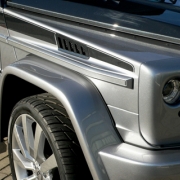 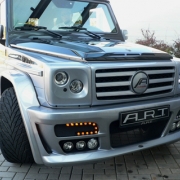 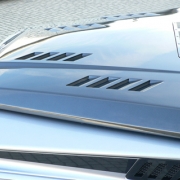 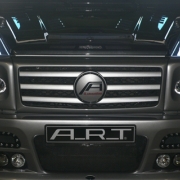 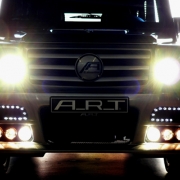 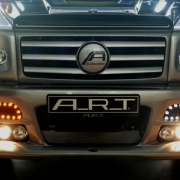 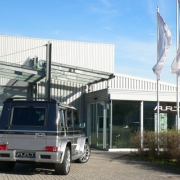 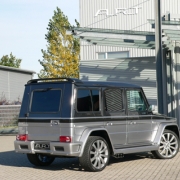 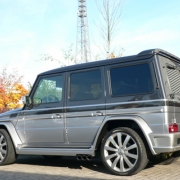 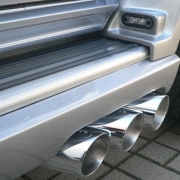 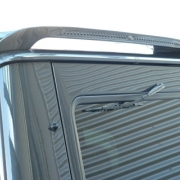 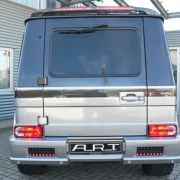 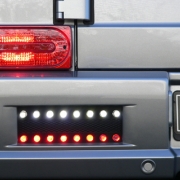 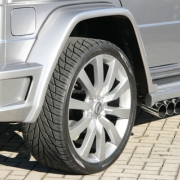 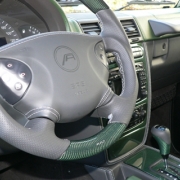 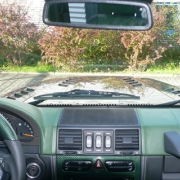 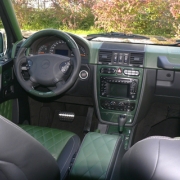 What do you think of the design of the A.R.T. G Streetline Edition Sterling? Is it tasteful in your opinion? Leave a comment and let us know!