The new Infiniti Performance Line beefs up the G37 Cabriolet.

Since the brand was introduced in 1989, Infiniti has carved a niche in the luxury car market competing with the likes of respected automakers such as Lexus, Mercedes-Benz, BMW, Audi, Acura, and others. With the market becoming more competitive, Infiniti has chosen to introduce their new line of performance-oriented models, named the Infiniti Performance Line, or IPL. While the IPL may not compete with BMW’s M-Series, Mercedes-Benz’s AMG-Series, or Audi’s S and RS models, the new performance line is the first step towards making a stand-alone lineup of performance models. After the successful introduction of the Infiniti IPL G Coupe, the automaker is set to fully debut the new IPL G Cabriolet in Paris that combines art, comfort, and performance for a more satisfying drive.

The new Infiniti Performance Line is similar to Lexus’s F-Sport, a line of additional options that add to the overall driving experience and improve performance. The new G Cabriolet concept showcases all of the different options that will be available to customers if Infiniti decides to put it into production. A host of new bodywork, interior styling, and performance upgrades are all featured on the new concept and create the most dynamic convertible from Infiniti yet.

One goal of the IPL G Cabriolet was to emphasize the art and style that goes into Infiniti’s designs. To accomplish this, the IPL wears new bodywork that gives the Cabriolet a more dynamic appearance. For the concept, Infiniti showcases a new Malbec Black paint, which is a pearlescent black paint with subtle red hints. Up front, both the grille and headlights are blacked out, while a new bumper section adds to the more aggressive look. For better aerodynamics Infiniti has fitted new side sills and a body-colored rear spoiler. To complete the sportier appearance, the Cabriolet rides on new 19-inch seven-spoke graphite-finish alloy wheels and a lower sport suspension.

The innovative style that has helped Infiniti carve a niche in the competitive luxury segment is again showcased in the new IPL G Cabriolet Concept with new inlays that were inspired by Japanese Samurai. A new KACCHU trim is used on the dashboard and doors. The “KACCHU” name comes from the armor worn by Japanese samurai. The armor was flexible and lightweight, while still providing superior protection, and was made by weaving small iron plates through textile. The beautiful trim is colored to match the Monaco Red leather, while contrasting the center console finished in black lacquer.

Backing up the innovative styling and dynamic looks is a stronger 3.7-liter engine. The V-6 engine uses a new high-flow dual exhaust system that reduces pressure by 30 percent, and pushes power output to 348 horsepower and 276 lb-ft of torque. The new exhaust also helps create a broader power curve, with peak power coming at a high 7,400 RPM. The new IPL G Cabriolet also features a stronger running gear and de-restricted top speed, allowing for a 0-62 mph acceleration time of less than 6 seconds and a 168-mph top speed.

The new IPL G Cabriolet is set to debut at the 2010 Paris Motor Show. If all goes well for the concept Infiniti will send it into production. No pricing has been announced. 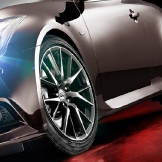 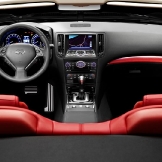 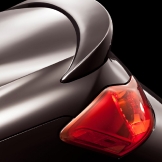 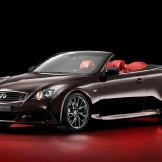 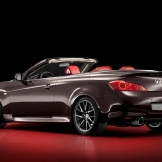 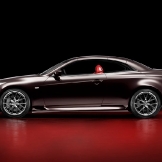 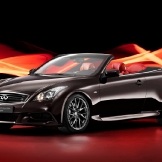 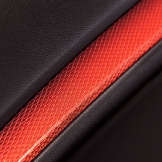 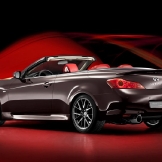 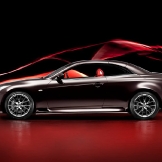 Do you think that the Infiniti Performance Line can one day compete with the likes of AMG, M-Division, and S and RS models? Leave a comment and let us know!