After the release of Porsche’s second-generation 911 Turbo, speedART immediately began designing and developing components that would increase performance and give the supercar a stunning look. In March of 2010, they released the BTR-II 650 EVO, a complete 650 horsepower conversion with exhilarating performance. There was only one problem – Porsche’s lightning-fast PDK dual-clutch transmission couldn’t handle the immense torque. So, the premier performance transmission from Porsche was left out of the equation…until now.

The 997.2 911 Turbo already provides earth-shattering performance figures with blistering straight-line acceleration and ability to reach triple-digit speeds with ease. The power kit developed by speedART Porsche for the 3.8-liter twin-turbocharged flat-six however, blows the stock Turbo away. Fitted with a complete exhaust system that includes sport headers and manifolds and sport catalytic converters, the BTR-II 650 EVO produces a fierce howl. Additional boost comes from two larger VTG turbochargers, enlarged intercoolers, and sport air filters, all optimized by the modified motronic ECU for a total output of 650 horsepower and over 660 lb-ft. of torque.

Porsche’s Doppelkupplungsgetriebe (PDK) transmission that was first developed and used for the 956 racecar in the early 1980s has since been perfected and found its way into the current Porsche lineup. PDK provides a noticeable increase in performance, shifting quicker than both a traditional automatic and manual transmission, so it only made sense for speedART to utilize the dual-clutch for their latest horsepower monster. The stock PDK uses six rings in the inner and outer disc packets and is not able to handle the extreme power from the BTR-II 650 EVO. To resolve this, speedART reinforced the transmission with eight rings in each packet, allowing for over 30 percent more torque to reach the wheels. With the upgraded transmission and additional power, the BTR-II 650 EVO can sprint to 124 mph in just over nine seconds and reach a top speed of over 208 mph.

The speedART BTR-II 650 EVO wears a unique aerodynamic-inspired body kit called the Evolution (hence the name BTR-II 650 EVO). The kit consists of a new front bumper with optimized air inlets and spoiler lip that improves downforce and brake cooling. The rear sports a new diffuser and spoiler with adjustable wing for even more downforce to improve stability and handling at high speeds.

To complete the enhanced overall appearance while also adding additional performance are new lightweight wheels and a revised suspension. The premier wheels for the BTR-II 650 EVO are speedART’s three-piece LSC (Light Spoke Competition) Forged wheels measuring 8.5 x 20 up front and a wide 12 x 20 at the rear. New 245/30 ZR20 front and 325/25 ZR20 rear shoes grip the road, and in combination with the Street Race adjustable suspension with PASM, provide responsive and precise handling.

speedART’s BTR-II 650 EVO also features a custom performance-oriented interior. For complete control, a 340-mm sport steering wheel with Formula-1 shift paddles for PDK is fitted. Every dial, detail, stitch, and seat belt is available in a number of different colors, while the power boost display has been re-tuned to display up to 1.8 BAR of boost.

The speedART BTR-II 650 EVO is currently available as an entire kit, and is the only aftermarket Porsche with a reinforced PDK transmission capable of handling such power. Customers can also purchase separate components from speedART to enhance their 911 Turbo. Pricing has not been released. 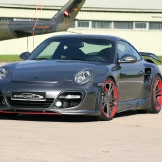 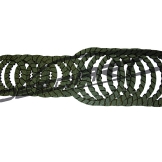 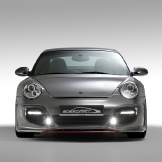 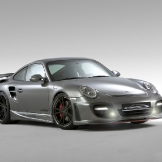 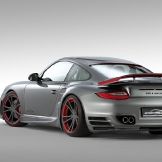 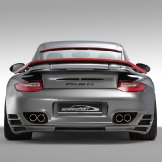 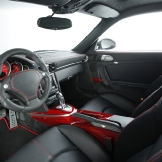 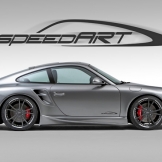 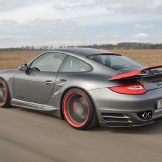 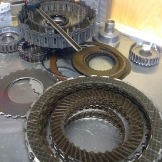 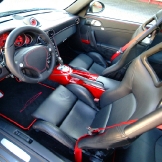 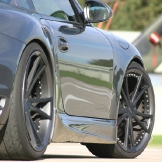 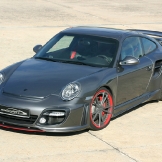 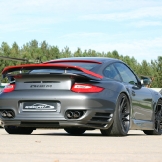 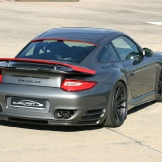 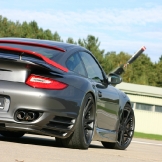 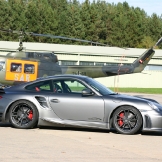 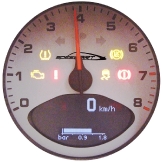 Would you rather have the BTR-II 650 EVO with the PDK or manual transmission? Leave a comment and let us know!