The most successful 911 racer is back and better than ever.

For the 2011 racing year, Porsche has updated the most successful GT racer. The 911 GT3-based racecar has won numerous championships in LeMans and American LeMans Series, and succeeded in achieving overall victories in many endurance races against stiff competition from BMW, Aston Martin, Chevrolet, and others. In Weissach, Germany, the updated 911 GT3 RSR for 2011 was unveiled at the “Night of Champions” party at Porsche’s R&D Center, sporting new aerodynamic bodywork, a revised suspension, and more powerful engine.

The major difference between the outgoing 911 GT3 RSR and the new 2011 model are the redesigned aerodynamics. At the front, a new front lip has been fitted to improve downforce. At the rear, the large wing has been redesigned and features a new mounting point to achieve optimum downforce. The GT3 RSR also wears a new rear with extra air outlets. The rear lid was also redesigned and now uses improved air ducting to help cool the engine. Just as the new 997.2 road-going 911s, the GT3 RSR also uses LED rear lighting.

Sitting at the rear axle is an updated version of Porsche’s famous flat-six that has powered many a racer to victory. This time around the 4.0-liter engine has an additional five horsepower over its predecessor, bringing the total output to 455 hp at 7,800 RPM. The extra five horses may not seem like a drastic improvement, but in a competition where the smallest of advantages can decide a podium finish, they are welcomed with open arms. The increased power comes as a result of a new engine management system that can adapt to different fuel grades better than before, a redesigned exhaust system, and optimized air intake housing. Torque remains unchanged at 332 lb-ft. as well as the maximum revolutions, which sits at 9,400 RPM.

For 2011, Porsche took steps to reduce the 911 GT3 RSR’s tendency to understeer. Rectifying this problem are wider three-piece BBS light alloy wheels that are now 12 inches wide up front instead of 11 in the previous GT3 RSR. The entire suspension is completely adjustable allowing crews to adapt to certain conditions and racetracks. The central-locking three-piece light alloy wheels measure 12J x 18 ET 34 up front and 13J x 18 ET 12.5 at the rear. Behind the wheels are six-piston, 380-mm front and four-piston, 355-mm rear Brembo brakes. 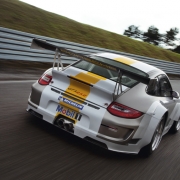 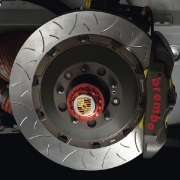 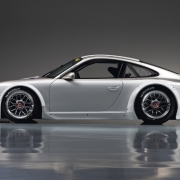 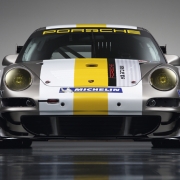 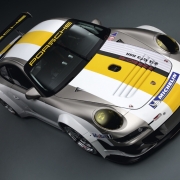 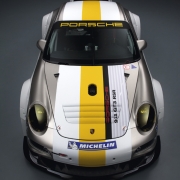 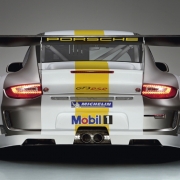 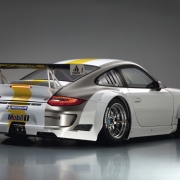 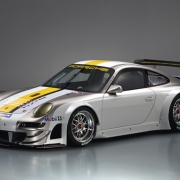 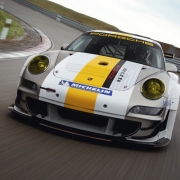 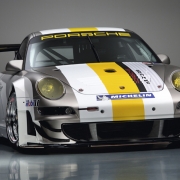 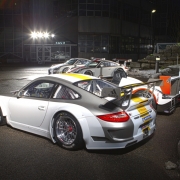 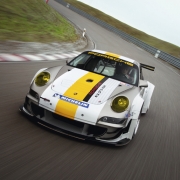