BMW welcomes its newest member of the M family.

In 1988 BMW debuted an M-model that would make history and establish BMW M GmbH as a distinguished name in the automotive industry – the M3. Since then several BMW models have worn the famous “M” badge from the 3 Series to the X5 SUV, each demonstrating BMW’s slogan of being the “Ultimate Driving Machine”. The latest BMW to bear the “M” badge is the 1 Series, a small two-door coupe that showcases racecar-like performance in without sacrificing everyday drivability.

The new BMW 1 Series M Coupe features a number of upgrades that make it lighter, faster, and more nimble than rest of the 1 Series model range. Not a single aspect of the 1 Series was overlooked by M GmbH, from the redesigned bodywork to the aluminum suspension components. And, while the BMW lineup has grown over the three decades since the original M3, the 1 Series M Coupe retains strikingly similar dimensions as the first M3.

Compared to its 128i and 135i siblings, the BMW 1 Series M Coupe is more aerodynamically efficient and wears a meaner face. The front exhibits an aggressive bumper with three large air intakes that feed cool air to the engine, oil cooler, and coolant radiator. The wheel arches have also been extended to fit a track that is 2.8 inches wider up front and 1.8 inches wider at the rear compared to the 135i. For the first time on a production BMW, air curtains are utilized. The innovative air curtains use 10 x 3 cm air ducts at either side of the front fascia to improve airflow around the wheel arches, thus reducing turbulence. Further enhancing aerodynamics are new side mirrors and a subtle rear spoiler that improves downforce. Other than the new “M-badge” on the trunk, the rear is also fitted with two sets of unique twin chrome tailpipes. The BMW 1 Series M Coupe will also be available in three exclusive colors: Alpine White Metallic, Black Sapphire Metallic, and Valencia Orange.

One of, if not the, most exciting aspects about the BMW 1 Series M Coupe is the engine. Just like the previous generations of M-models, the new 1 Series M is powered by an inline-six. Displacing 3.0 liters and force-fed by two low-mass turbochargers, the heart of the coupe erupts with excitement at the push of the throttle. A wide powerband ensures effortless power from almost any RPM, with 332 lb-ft. of peak torque being available in a plateau from just 1,500 RPM to 4,500 RPM. An additional 39 lb-ft. is available with the overboost function, bringing maximum torque output to 369 lb-ft. under full throttle. Maximum horsepower is reached at 5,900 RPM, with 335 horsepower being sent to the rear wheels through a close ratio six-speed manual. A new M differential lock also comes standard, quickly redirecting torque to provide improved traction.

As with all M-models the BMW 1 Series M Coupe offers thrilling performance. Acceleration to 60 mph takes only 4.7 seconds (0-62 mph in 4.9 seconds), while the quarter mile is run in just 13.2 seconds. Top speed is (unfortunately) electronically limited to 155 mph. The coupe has also unofficially lapped the Nürburgring in 8:12 – seven seconds slower than the current M3, but ten seconds faster than the E46 M3 and faster than the mighty M5.

Not only is the new BMW 1 Series M Coupe fast, but it also features sharp, precise handling thanks to lightweight upgrades. Both the front and rear suspension now use aluminum components and use the same design as the current M3. The BMW 1 Series M Coupe also uses exclusive hollow anti-roll bars at the front and rear to further improve balance and handling. New lightweight cross-spoke wheels from the M3 Competition package and M3 GTS are fitted and are finished in silver. The wheels measure 19 x 9 up front and 19 x 10 at the rear, and are shod in 245/35/R19 front and 265/35/R19 rear low-profile rubber. Behind the wheels are powerful new internally-vented, cross-drilled brakes that are 14.2 inches in diameter up front and 13.8 inches at the rear.

The new BMW 1 Series M Coupe will make its American debut at the North American International Auto Show in Detroit. The sportscar will be available in the spring of 2011 and be restricted to a limited production run. Pricing and official production numbers will be released later by BMW. 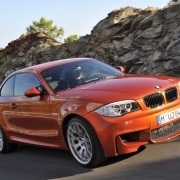 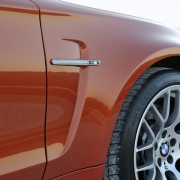 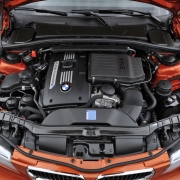 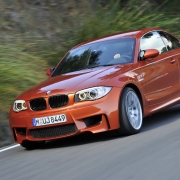 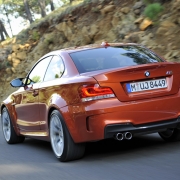 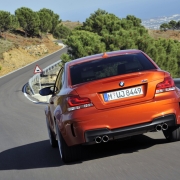 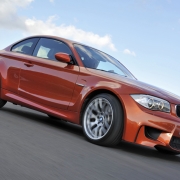 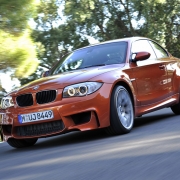 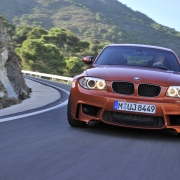 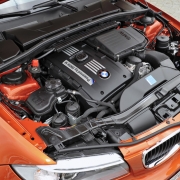 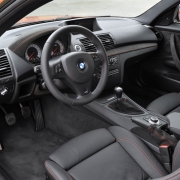 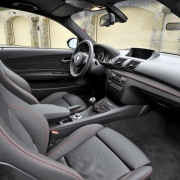 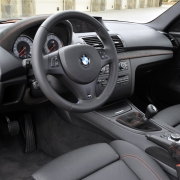 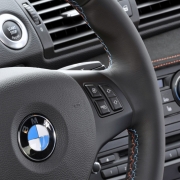 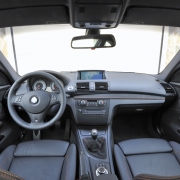 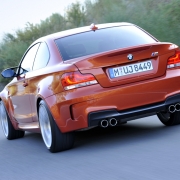 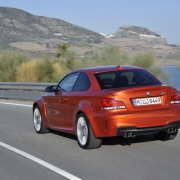 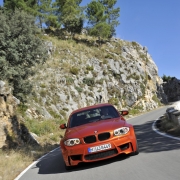 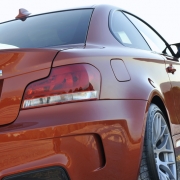 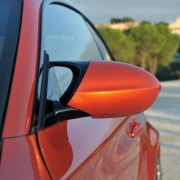 In your opinion, how does the new BMW 1 Series M stack up against the rest of the M-models in BMW’s lineup? Leave a comment and let us know!