It all started back in 2003, when Lamborghini introduced the V-10 powered Gallardo. Since then the Gallardo has been nothing short of a bull in the automotive industry, becoming Lamborghini’s most-produced model to date. During its lifespan, the mid-engined sportscar has received numerous updates and changes while also spawning a great deal of special edition models.

One of the first things that pop into the minds of people when Lamborghini is mentioned is the doors (where would we be without “Lambo” doors on Civics right?). Surprisingly the Gallardo doesn’t come equipped with the iconic doors that Lamborghini has been known for. Instead, they open and close normally. With the new Victory II program, Hamann has changed that. The new program gives the LP560-4 “wing” doors that open at an angle, to give the Gallardo the exotic appearance that Lamborghini forgot to include.

The Hamann Victory II isn’t just about making entering and exiting the Gallardo a special experience. The entire exterior receives new, powerful bodywork. Up front is a sharper Race-Design apron with carbon fiber center piece that increases front axle downforce. To match the carbon fiber up front, Hamann offers a carbon fiber layer that can be added to the hood. The LP560-4’s strength is shown through its new front and rear fenders that are larger than the stock components, and connected by extended side skirts. The rear wears a new diffuser and large wing in either fiberglass or carbon fiber to help keep the Hamann Victory II planted at high speeds. Aerodynamics are also enhanced with a roof-mounted carbon fiber air inlet that sucks in cool air.

To complete the Victory II exterior design, Hamann has fitted the LP560-4 with new, Edition Race wheels. Dressed in a special black varnish to match the exterior, the lightweight wheels measure 9.5J x 20 up front and 13J x 20 at the rear and wear 235/30Z R20 front and 325/25Z R20 rear rubber.

Hamann didn’t forget about that 5.2-liter V-10 sitting behind the driver either. From a simple ECU tune, the German tuner was able to extract an additional 20 horsepower and 26 lb-ft. of torque resulting in an impressive 580 horsepower and 424 lb-ft. of torque. The power increase helps the LP560-4 reach a top speed of 203.81 mph. In addition, Hamann can also install an end muffler to the stock exhaust, allowing the V-10 to let out a viscous bark. 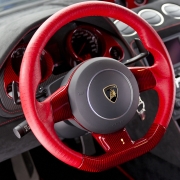 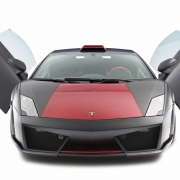 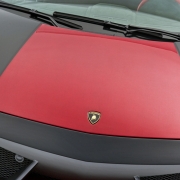 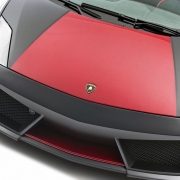 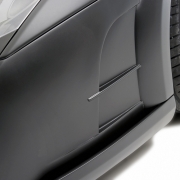 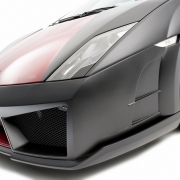 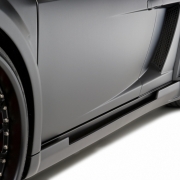 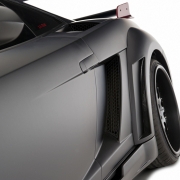 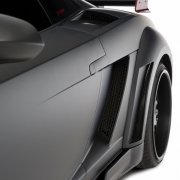 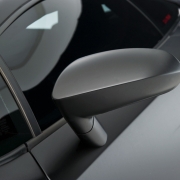 What do you think of the doors on the Hamann Victory II Gallardo? Leave a comment and let us know!